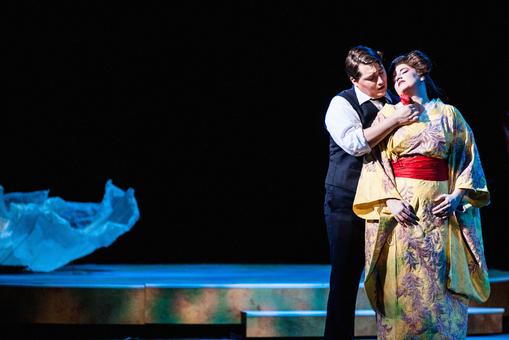 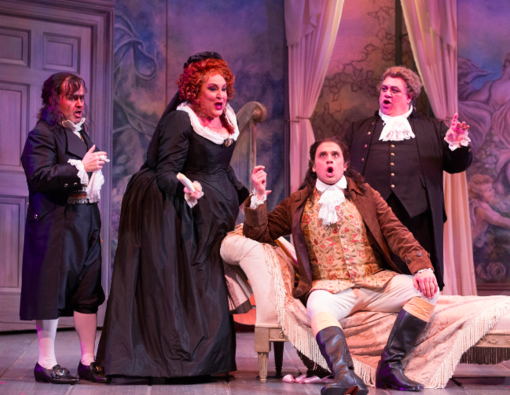 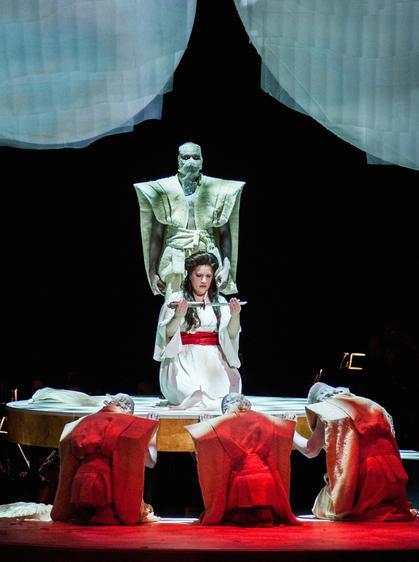 Stage director Tara Faircloth’s work has been seen in opera houses around the nation. Critics hailed her Nozze di Figaro, claiming, “Faircloth made her Atlanta Opera debut this night with distinction, creating an unstoppable momentum of manipulation and misunderstandings. This production was so fresh that it had the ability to bridge yet another gap, entertaining the amateur and the opera aficionado alike” (Opera News).  She directed two world premieres with the Houston Grand Opera's East+West series (The Bricklayer and Her Name Means The Sea) and has a thriving career in regional houses such as Wolf Trap Opera, Utah Opera, Arizona Opera, Tulsa Opera and Atlanta Opera (Il Barbiere di Siviglia, Rigoletto, Die Zauberflöte, Hänsel & Gretel, etc.). The baroque repertoire is of special interest to Ms. Faircloth, who made her directorial debut with Ars Lyrica Houston’s production of Cain: Il primo omicidio in 2003, and has since designed and directed a number of shows for the company, including Charpentier's  Actéon and La Descente d’Orphée aux Enfers. She created productions of Dido & Aeneas for Ars Lyrica at the Festival di Musica Barroca in San Miguel de Allende, Mexico, and for Mercury Baroque in collaboration with the Dominic Walsh Dance Theater.

The 2018-19 season finds Ms. Faircloth working on several new productions (Il Re Pastore with Merola Opera, Agrippina with Ars Lyrica Houston, The Little Prince with Utah Opera, The Coronation of Poppea with Boston Baroque), and returning to some familiar favorites: Le Nozze di Figaro and Rigoletto (for Arizona Opera and Austin Opera, respectively).  Following last year’s season, which included new productions of Gianni Schicchi, Pagliacci, and Loving Clara, a mixed media collaboration exploring the life and loves of Clara Schumann with Mercury Orchestra, Ms. Faircloth is clearly in demand as an interpreter for familiar works and those that are more obscure.

Ms. Faircloth has worked extensively on the directing staff of such companies as Lyric Opera of Chicago, Houston Grand Opera, Central City Opera, and Dallas Opera, and as such, has worked on some of the most complicated operas in the repertoire, assisting international directors and preparing cover casts of some of the best performers in our industry. Passionate about dramatic training for young singers, she is the Drama Instructor for the Houston Grand Opera Studio, and has served as a guest coach at HGO's Young Artists’ Vocal Academy, Wolf Trap Opera Studio, Des Moines Metro Opera, University of Michigan, and Rice University.  Her home is in Houston, Texas, where she enjoys restoring her 1935 Craftsman Bungalow.

/For a Look or a Touch